Showing posts from January, 2010
Show all

Blessed Are Those Who Mourn...

January 08, 2010
A friend of mine was going through the beattitudes with his church a few months ago and asked if I would pray about writing something on the "Blessed are those who mourn..." verse. It may seem jumbled but for whatever reason this was brought back to my mind this week and I thought I would share. Matthew 5:4"You're blessed when you feel you've lost what is most dear to you. Only then can you be embraced by the One most dear to you. (the Message) Matthew 5:4Blessed are they that mourn: for they shall be comforted. (KJV) In today’s technology we would never fathom the thought of a hurricane striking land as a surprise. We are far too advanced for that nonsense. We usually have a couple of weeks to prepare ourselves for the hurricanes that brew in the warm seas off the African Coast and make their way to us. We rely on batteries, water and spam to survive for however long we need. What if, bear with me here, what if one hurricane season we did not break out our
3 comments
Read more 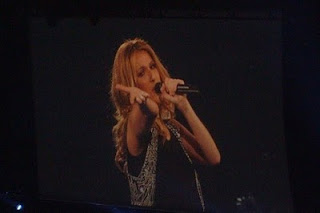 So here we are, 2010, who would have thought 10 years ago when people were getting there y2k gear ready that 10 years later here we would be chugging along, even in this global warming state. Did I mention its snowed in Louisiana TWICE in a month?!?! I can not believe 2009 is already gone, and if you think this is going to be one of those typical New Year’s posts, you may be right but you may not…you can decide AFTER you read it! [no pressure ;)] I told myself that this year I really was not going to write one. I was going to rebel…resist that temptation, if you will, however on the way to Dallas a particular song came on and I was moved. I am very familiar with this song and it is certainly NOT the first time I have heard it but maybe because it was New Year’s Day is why it struck such a thought process. The lyrics are “525,600 minutes, 525,000 moments so dear. 525,600 minutes - how do you measure, measure a year? In daylights, in sunsets, in midnights, in cups of coffee. In inches
3 comments
Read more
More posts