Showing posts from July, 2013
Show all

July 31, 2013
So this week we found out Mama June’s answer, plus a whole lot of information I probably could’ve lived without, yet I still watched…. 1)”I ain’t never been married none.”--- This literally made my eye twitch. There’s so much wrong with this sentence that I literally can’t comprehend what she is saying. 2) Mama June, please stop being so dramatic over the “m” word---- 3) “Hollabooah”—almost like “Hallelujah” 4) A “better than sex” back scratch??---ummm no 5) SHUT UP!! Mama June and Sugar Bear met online. And it was originally supposed to be a “hook ‘em and book ‘em” aka a “booty call. 6) Mama June and I have, yet another thing in common: We both struggle with math.   Proof: her 9 year relationship with Sugar Bear is her 2 nd longest relationship, just behind her 5 year relationship----- mmmhmmm….maybe she struggles a little more than I do 7) Two tips for a Wedding on a Budget: a) bedazzled tennis shoes   b) roadkill to serve your guests---I just hope Honey Boo Boo
Post a Comment
Read more

It's Tough Being Healed

July 30, 2013
Isn’t it? I can’t be the only one that is living this. God is still performing miracles, and I know that I am not the only one who has witnessed such. And, once again I feel as though I should have a disclaimer that this blog entry is going to be nitty gritty and personal and all that good stuff!, which is why I have struggled with posting it, but I can't be the only one. So, let’s just get to it. So, my “love life” has been, well, interesting and crappy. I am in no way pretending that my “love life” has been worse than the next persons, but it has been mine, my story, and well, it’s some beautiful crap—seriously. I have been lead on, lied to, and cheated on. I have been the object of someone’s secret life. I have believed the lies from spiraling mind games; lies that told me I was nothing.   (Believe me; you’ll want to read the book when it comes out, so I won’t go into too much detail.) I was left with an empty shell of a person; a person that had to be rebuilt, redefin
2 comments
Read more 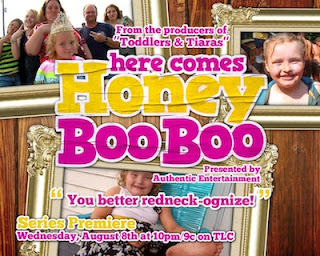 Tonight was the season 2 premiere of “Here Comes Honey Boo Boo.” I believe it is safe to say that Mama June and company did not disappoint with their “redneck” ways. I half expected for this to be overly scripted, yet I found myself convinced that gems such as the following lessons can’t be made up, I don’t care who you are! So without further introduction, my 2 readers, here we go: 1)       Georgia is not really known for their “peaches,” but their “peches” 2)       Mama June’s “baby talk” is just as incoherent as her “regular talk” example: “bake gayamo doobie” ---- yeah, I’m still processing that as well 3)       “Sucks kinda like Monkey Balls.” --- I am really unsure of the simile here and I probably don’t really want to know 4)       Mama June, newsflash, you DO have a phone addiction---in fact, we all do 5)       OH the wrestling—Now you know this is where all the class comes out especially with the “game changing maneuver: Cup-A-Fart” (I hate, hate, hate ty
2 comments
Read more

Blessed Are Those Who Mourn 2: A Wavering Hope 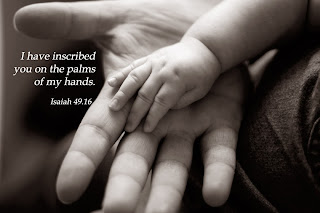 (Son of My Right Hand) How do you prepare for loss? Can you fathom for such preparation? We are a society that thrives on knowing days in advance before a storm hits, but what about the storms we don’t see? OR When you know a storm of grief is coming, how do you prepare for it? A close family member of mine has been fostering a child for months now. She is the only mother this child knows. The intent has always been to adopt. Without giving details,  they've  been warned that the storm that “could happen” will happen on a certain date. She begs with a tearful, mourning heart, “How do you prepare for that?” Do we give up hope? –But a life without hope is no life at all. How does a mother prepare to her heart back? “Only in darkness can you see the stars.”-MLK Upon hearing the news she shared, I was just overcome. I grabbed some paper and a pencil and you are reading most of what was jotted down plus, just trying to make sense of this and, to find an answe
Post a Comment
Read more
More posts